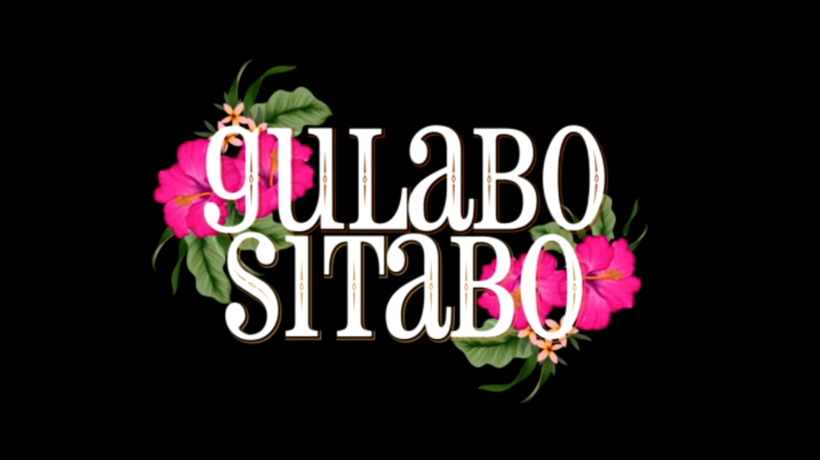 It is often said that cinema is a mirror to the society that it thrives in. The recently released film Gulabo Sitabo, directed by Shoojit Sircar with Amitabh Bachchan and Ayushmann Khurrana in the lead, is a brilliant comedic take on the state of our property records. The very first Bollywood film to premiere entirely online; the film’s trailer created much buzz around Amitabh Bachchan’s look and the on-screen presence of the bickering duo, an elderly landlord Mirza (Bachchan) and one of his young tenants, Baankey (Khurrana).

The film is centred around the life of 78-year-old Mirza and his wife Fatima. Fatima, who is 17 years older than Mirza, is the owner of the ancient haveli in Lucknow that they live in. Fatima has let several tenants live in the haveli’s vast expanse, for rents that are next to nothing. Despite this, Baankey and his family, which consists of his three younger sisters and mother, refuse to pay their rent, partly due to their poor financial condition, and partly because of the poor condition of their living quarters. Fatima is seemingly on her deathbed, and Mirza is impatiently waiting for her to pass away so that he can inherit the haveli and evict all his troublesome tenants. As his impatience grows, Mirza goes to a lawyer to see whether he can use legal provisions to evict the tenants from the haveli.

At the lawyer’s, Mirza discovers that the haveli has been handed down to Fatima by her father without any formal document confirming her inheritance. This leads to a wild chase all over Uttar Pradesh, as Mirza tries to track down all of Fatima’s living relatives and asking them to formally give up their claim to the haveli. On the other hand, Baankey talks to government officials from the archaeology department, who discover that the haveli is worthy of being designated a historical monument. Humour and confusion ensue, as both Mirza and Baankey try to outwit each other in different ways to retain control. Sharing more would lead to spoilers but the film has all sorts of characters usually associated with transfer of land and property in India, from corrupt politicians to real estate developers, disgruntled tenants to unscrupulous middlemen.

This film joins a league of handful (but brilliantly narrated) Bollywood films that have touched upon the issue of land ownership, tenancy, confusion between land authorities and landlessness: issues that Indian citizens are all too familiar with and have internalized to an extent that these movies are not always tragedies! These movies have managed to be laughing riots or found space for romance and relationships, even as they were set amidst land disputes, which are usually the most stressful times of Indian adult lives. In this blog, we peek into Bollywood’s narration of contemporary land and property rights related issues through three other films that have used these plotlines in the past!

Do Bigha Zamin: Bimal Roy’s Do Bigha Zamin (1953) is a classic, critically acclaimed film which follows the life of a humble villager, Shambu Mahato, played by Balraj Sahni, and his family as they try to fend off a local landlord from taking their land to build a mill. Shambhu owns two bighas of land (around two-thirds of an acre), which sit right in the middle of the land owned by the local zamindar, Harnam Singh, played by Murad. Singh wishes to acquire Shambu’s land, but on being refused by Shambu, decides to take him to court based on the money that Shambu had borrowed from Singh, which he had been unable to pay back. Shambhu is given three months to pay back his debt, or risk losing his land to Singh as collateral. In portraying this story, the film touches upon the ruthless cycle of debt that the rural poor in India face. For many Indian households, the most significant assets are held in the form of land and housing. The threat to these assets and the livelihoods of these households by powerful, vested interests continues to be a horrifying reality in rural India, which is why this film from the early 1950s, continues to resonate even today.

Khosla ka Ghosla: One of the most popular ‘modern’ films on this theme, Khosla Ka Ghosla (2006), upon its release, became an immediate hit with viewers and critics alike. This film follows the exploits of Kamal Khosla (Anupam Kher) and his family, who find their ‘dream’ plot of land, bought with Kamal’s hard-earned money, only to be encroached upon by the corrupt Kishan Khurana (Boman Irani), the leader of a local property-usurping criminal gang in Delhi. With the Khosla family getting tangled in a series of hilarious events as they deviously plan to remove the squatter i.e. Khurana, from their rightfully owned property, the film manages to weave a narrative on issues which hit a chord with most middle-class urban families. From showcasing a family’s struggle to buy and own property, to dealing with land mafia and legal disputes over property ownership, and finally taking the story to a happy ending with a good old solution of Indian jugaad, the film’s captured the lived experiences of most home buyers in urban India. Let’s hope things improve for the better as Real Estate (Regulation and Development) Act, 2016 starts to take root.

Love Per Square Foot: Released exclusively on the online streaming platform, Netflix, Love Per Square Foot (2018) is a film directed by Anand Tiwari, which humanizes the many challenges surrounding real estate in Mumbai. The film shares the story of two millennials, Sanjay (Vicky Kaushal) and Karina (Angira Dhar), both of whom belong to lower-middle class families in Mumbai and dream of owning their own apartment. Through scenes which show Sanjay’s mother banging on the bathroom door while he reads a newspaper on the pot, or the ones that show plaster peeling off the ceilings at Karina’s crumbling house, the film manages to beautifully capture the reality of the millions of youngsters in Mumbai, who live in crammed houses and travel in jam-packed local trains but dream of having their own space someday. The film follows a comical set of events as Sanjay and Karina decide to con the state government’s system by entering a marriage of convenience to buy a house under a subsidized housing scheme meant for married couples. Affordable housing is a huge challenge in India’s mega cities, this film unknowingly puts a spotlight on the bureaucratic hurdles that exist even in the schemes that are launched to address this problem. Not to mention an unintentional commentary on the lack of state capacity to administer these affordable housing schemes with numerous onerous conditions.

In a country where countless people own no land, or have insecure access to land and housing, it is inevitable that these issues get reflected in films. At the centre of these films, characters are portrayed as going to any lengths to keep their land or homes from being taken over or to accumulate new land or build a new home. Stories of property disputes from a landlord-tenant dispute to conflicts over rightful ownership, or even the humbling desperation of an individual to own a property in their name, are so commonplace, that nearly everyone relates to them. However next time you watch a movie with a similar storyline, do remember that behind all the glitz, glamour and light-hearted humour of these films, lies the all too familiar tragedy of a broken land governance system.