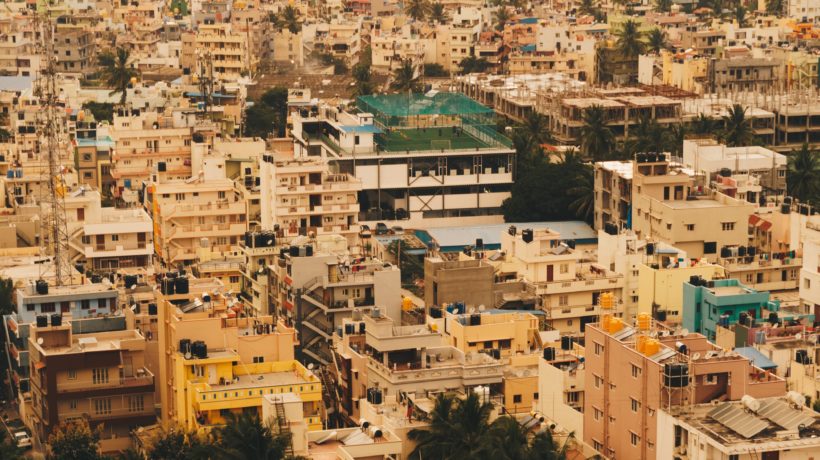 This piece was originally published on the CPR India website on 26 June, 2019.

An estimated 7.7 million people in India are affected by conflict over 2.5 million hectares of land, threatening investments worth $ 200 billion.1 Land disputes clog all levels of courts in India, and account for the largest set of cases in terms of both absolute numbers and judicial pendency. About 25% of all cases decided by the Supreme Court involve land disputes, of which 30% concern disputes relating to land acquisition.2 Again, 66% of all civil cases in India are related to land/property disputes.3 The average pendency of a land acquisition dispute, from creation of the dispute to resolution by the Supreme Court, is 20 years.  Since land is central to India’s developmental trajectory, finding a solution to land conflict is one of the foremost policy challenges for India.

Understanding Incidence and Pendency of Land Conflict in India

There are two conflicting narratives about ownership and management of land in India. The first narrative – inherited from the British colonial state5 – views common land, or land that is not privately owned, as merely a commodity, no different from labour and capital, with the state as the ultimate owner.6 This claim to ultimate ownership gives the state the power to redistribute land at will, as largesse to selected beneficiaries.7 Such state acquisition of land has historically been the source of considerable dispute. According to estimates by CPR’s Land Rights Initiative (LRI), these disputes constitute 30% of all land litigation in the Supreme Court over the past 70 years. LRI’s comprehensive study of land acquisition litigation before the Supreme Court over a 66-year period, from 1950 to 2016, reveals that all litigation is with respect to privately held land. In contrast, data from the Land Conflict Watch project reveals that the vast majority of current, on-ground, extralegal conflict over land is with respect to common lands.8 Thus, it is clear that in the face of state acquisition of land, when people have legally recognized land rights, they go to court. Where their rights are insufficiently recognized by law, they protest on the ground.

The second narrative – articulated by the ‘people’, including farmers, both landowners and tenants; and other traditional communities, such as cattle grazers, forest dwellers, tribals and fisherfolk – views land as an economic, social and cultural resource over which multiple groups exercise property rights. Usually, after intense on-ground contestation, the property rights of certain groups like Scheduled Tribes (STs)and tenants have been protected by the Constitution9 and statute,10 while in case of other groups like fisherfolk,11 their rights are protected by custom and, often, executive action.

As a consequence of these two historically competing policy narratives, the constitutional, legislative and administrative framework governing land is as fragmented as the land holdings in India.12 Enacted at different points of time, land laws clash with each other, because they seek to articulate in law these two competing narratives. For instance, the provisions of the Forest Rights Act, 2006, are in conflict with those of the Indian Forest Act, 1927, and the Forest Conservation Act, 1980, and are also threatened by proposed amendments to the Indian Forest Act.13 Legal conflicts also arise when laws are enacted or amended at different times to appease different stakeholders. For instance, the Right to Fair Compensation and Transparency in Land Acquisition, Rehabilitation and Resettlement (RFCTLARR) Act has, in the five years since it came into force, been amended by seven state legislatures.14 This will likely create more legal disputes with respect to land acquisition, because the original RFCTLARR Act provisions had been included with a view to addressing growing conflict over land acquisition.15 Moreover, in many states, we find laws that provide for eviction of unauthorized occupants over public lands coexisting with laws that provide for regularization of unauthorized occupation, thereby creating potential for dispute/conflict at the level of law itself.16

Finally, the legislative landscape is complicated by the fact that many subjects pertaining to ‘land’ are in the ‘state’ and ‘concurrent’ lists of the Constitution, leading to a multiplicity of original and active land laws.17 Yet, there is no official comprehensive database of all land laws in India. A first of its kind, ongoing LRI study estimates that India has over a thousand original and active central and state land laws.18

The problem of ‘multiple laws’ is exacerbated by the fact that these laws are administered by numerous government ministries at the central level, and departments at the state level. These include, for instance, the ministries of Law and Justice, Rural Development, Mining, Industries, Infrastructure, Urban Development, Tribal Affairs, Home Affairs and Defence.

Additionally, since colonial times, land in India has been broadly administered by the revenue and forest departments. But there have also always existed disputes between both departments as to which land belongs to which department. This in turn creates and prolongs land disputes.

Finally, legal disputes over land are also created by evidentiary barriers for establishing rights over land in the absence of documentary proof21 because of outdated/no land surveys22 and inaccurate/outdated land records23 in most states. The Department of Land Resources has sought to resolve the problem of inaccurate land records through the ‘Digitisation of Land Records Modernisation Programme’. However, unless the government makes a serious attempt to update land records on the ground to reflect the property rights of all landowners, digitizing them would not eliminate the problem of inaccurate land records.

Once a land dispute goes to court, serious judicial incapacity leads to pendency of disputes. First, a major cause for pendency of all disputes is India’s low judge-to-people ratio.24 Land cases form more than half of all civil cases and constitute over a quarter of cases before the Supreme Court; they also have the longest pendency compared to other cases. Hence low judge-to-people ratio particularly prolongs resolution of land disputes. Second, the judiciary, particularly at its lowest levels, lacks the financial, technical and infrastuctural capacity necessary to resolve disputes quickly.25 Finally, poor enforcement of court decisions by the government, and limited judicial capacity to follow up on such enforcement, especially when such decisions go against the government, also lead to prolonging of land disputes.

Policy Recommendations for Reducing Incidence and Pendency of Land Disputes

Eliminate legal conflicts. No government has ever attempted an exercise to rationalize existing land laws. But this is the need of the hour. The Law Ministry and Law Commission are best positioned to conduct or commission such an exercise. This would involve, first, the creation of an exhaustive database of all land laws in India. Once such a database of laws is created, the Law Ministry and Law Commission must identify, and Parliament must repeal, laws that deny rights of certain groups of people, particularly women,26 and eliminate genuine conflicts between laws.

In addition to legislative and administrative reforms, judicial reforms can go a long way towards reducing the pendency of land litigation in India. The first step in this direction would be the implementation of key recommendations of the Law Commission.27 These include:

Some states like Bihar have created separate land tribunals for expeditious resolution of land revenue cases. This model should be studied, and if found effective, should be replicated in other states.

Land conflict in India, both legal and extralegal, has existed from colonial times because of the imposition by the British state of the notion that all land not privately held belongs to the ‘state’. This concept has been continuously resisted by the ‘people’ who were disempowered by the colonial state’s deprivation of their legal property rights under precolonial administration. Over time, competing ‘state’ and ‘people’ narratives over land have led to conflicting policy and legal interventions. This has, in turn, led to legal disputes over land. Even when laws are clear, administrative failure to comply with the rule of law, due to unwillingness and incapacity, contributes to the incidence and pendency of land disputes. Serious judicial incapacity in turn prolongs pendency of land disputes.

Due to the increasing population pressure on land, and the corresponding demand for land to fuel the development engine, the scale and scope of land conflict today has assumed gigantic proportions, stalling development projects and threatening livelihoods and investments. Equitable and efficient intergenerational management of land is necessary not just for India’s economic development, but also for its political and social stability. Therefore, working towards resolving land conflict, in light of the above policy recommendations, is an imperative agenda for the new government.

1 Land Conflict Watch, https://www.landconflictwatch.org/.
2 This is based on preliminary findings from a CPR Land Rights Initiative study, and is also consistent with findings from a comprehensive quantitative study of the Supreme Court’s caseload between 1993 and 2011. See Nick Robinson, ‘A Quantitative Analysis of the Indian Supreme Court’s Workload’, Journal of Empirical Legal Studies,10(3) (2003): 570-601.
3 Daksh, ‘Access to Justice Survey, 2016’, http://dakshindia.org/wp-content/uploads/2016/05/Daksh-access-to-justice….
4 Namita Wahi et al., ‘Land Acquisition in India: A Review of Supreme Court Cases from 1950 to 2016’ (New Delhi: CPR, 2017).
5 Articles 294 and 295 of the Indian Constitution stipulate that the Indian state succeeds to all property, claims and assets of the British state.
6 B.H. Baden Powell, The Land Systems of British India (Oxford University Press: 1892); B.H. Baden Powell, A Manual of Jurisprudence for Forest Officers Being a Treatise on Forest Laws (Calcutta, 1882).
7 An LRI study estimates that there are 102 laws of land acquisition alone, including state amendments to the Land Acquisition Act, 1894. Supra note 4.
8 ‘Land Conflicts in India: An Interim Analysis’, https://rightsandresources.org/en/publication/land-conflicts-india-inter….
9 Article 244(1) and Article 244(2), read with the Fifth and Sixth Schedules respectively, create special protections for land rights of Scheduled Tribes in geographically demarcated areas, known as Scheduled Areas.
10 Starting with the Bengal Tenancy Act, 1885, almost each agrarian state has laws protecting tenancy rights. Similarly, the Forest Rights Act, 2006, recognizes land rights of Scheduled Tribes and other forest dwelling communities.
11 A prolonged movement has sought the enactment of a Fishing Rights Act, along the lines of the Forest Rights Act.
12 86.21% of all land holdings in India are small and marginal holdings taken together (0.00-2.00 ha). See Census of India.
13 Nitin Sethi et al., ‘Modi government plans more draconian version of colonial-era Indian Forest Act’, The Wire, 21 March 2019, https://thewire.in/rights/modi-government-plans-more-draconian-version-o…
14 These include the states of Tamil Nadu, Gujarat, Rajasthan, Maharashtra, Telangana, Andhra Pradesh and Jharkhand. See Namita Wahi, ‘How central and state governments diluted the historic land legislation of 2013’, The Economic Times https://economictimes.indiatimes.com/news/politics-and-nation/how-centra….
15 Jairam Ramesh et al., Legislating for Justice: The Making of the 2013 Land Acquisition Law (New Delhi: Oxford University Press, 2015); Namita Wahi, ‘The Story of Jairam Rajya’ India Today, June 2015, https://www.indiatoday.in/magazine/books/story/20150622-jairam-ramesh-la….
16 Ongoing LRI study on ‘One Thousand Land Laws’.
17 Article 246 read with the Seventh Schedule of the Constitution of India.
18 CPR ‘Land Laws’ Database; see: https://www.cnbctv18.com/legal/hundreds-of-indian-land-laws-cause-confus….
19 Wahi et al., ‘Land Acquisition in India’.
20 Ibid. p. 28.
21 Sections 61-64 of the Indian Evidence Act, 1872, emphasize that documents must be proved by primary evidence, that is, presentation of the document itself. However, many people with legally recognized land rights do not have documentary proof for the same. This makes judicial resolution of land disputes extremely difficult.
22 Much of the northeastern part of India, including the state of Assam, has never been fully surveyed. The last full land survey for the state of Bihar happened in 1950s-1960s.
23 Former Minister for Rural Development notes that the state’s failure to fairly compensate those who lost land under the 1894 Act arose due to inaccurate land records, rampant undervaluation of sale deeds, and absence of land markets in many rural areas. See Ramesh et al., Legislating for Justice.
24 Two reports – the 245th Law Commission Report on ‘Arrears and Backlog: Creating Additional Judicial (Wo)man) power’ (2014), http://lawcommissionofindia.nic.in/reports/Report_No.245.pdf, and the 230th Law Commission Report on ‘Reforms in the Judiciary: Some Suggestions’, http://lawcommissionofindia.nic.in/reports/report230.pdf – highlight this as a major cause for disputes.
25 Ibid.
26 Bina Agarwal, ‘Gender and Legal Rights in Agricultural Land in India’, Economic and Political Weekly A39 30(12) (March 1995).
27 Supra note 24. (Q: Pl give direct source)
28 245th Law Commission Report, 29.