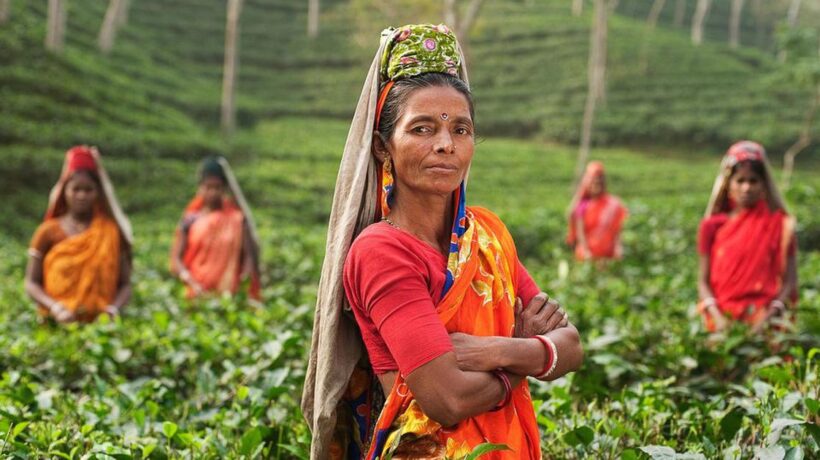 Schlager and Ostrom (1992) developed a conceptual schema for arraying property-rights regimes that distinguish among diverse bundles of rights. It distinguishes five types of property rights: the rights of (physical) access, withdrawal, management, exclusion, and alienation. If we adopt a gender lens in exploring how property rights have been distributed, we find disparities in the distribution, recognition, and implementation of rights.

Women have been at large excluded as rightful land title holders, depriving them of a tangible element of empowerment and social-economic justice. Men have been recognized as the rightful head of the household, and for a long time, there had been an almost normalized silence on the question of women having a rightful access to property ownership. The perpetuation of identifying the ‘man’ as the only socially and lawfully recognized figure to represent the household has historically undermined social-economic justice.

Land is a valuable asset. Land provides security to households worldwide. Land particuarly holds significant importance in largely agrarian and developing countries like India. It is the most valued form of property and productive resource. As a result of its tangibility and longevity, land ownership is considered the biggest security against poverty (Agarwal,2002). However, land ownership as a measure of wealth is calculated in a skewed way and surveys conducted to measure property to define the household’s wealth remain largely gender-blind.

A large proportion of women are dependent on agriculture for livelihood, and that creates their inseparable relationship with the land. Compared to men, women acquire mobility slowly, work harder, and earn less money. In developing countries like India, there has been an upward trend in rural-to-urban migration dominated by men, leaving the female behind to take care of the household. However, this poses a challenge for women because they lack land titles.

Effective and independent land rights for women are important on at least four counts: welfare, efficiency, equality, and empowerment (Agarwal, 2009). Studies and research have shown that where there is a higher proportion of land owned by women or other assets by women, the place performs better on socio-economic indicators. When women are completely deprived of any stakeholder position, there is more distress and poverty. In addition to incentivizing women to work as farmers and producers and to serve as empowerment agents, land titles in women’s names increases their active participation and decision-making, especially when men are increasingly out-migrating. Quisumbing (1996) writes about the increase in output and productivity of land if women farmers are given the same input and resources as male farmers. Land titles bring one kind of equality essential for having a just-gender sensitive empowering society. For women, especially, it brings affirmation, recognition, and inclusion in a society that has placed them on the fringe for generations.

There have been several outstanding incidents that reaffirm the claim for granting equal land rights to women.  “Aurat, Harijan Aur Mazdoor, Nahin Rahenge Ab Majboor!”—The Bodhgaya Land Movement headed by J P Narayan became an exemplary land movement representing Bahujan agricultural labors. After persistent demands for land titles from the women, the land was granted to them. They were fighting against oppression conducted by the upper castes. They felt it necessary to fight the oppression within their community for equality and economic autonomy. The women who succeeded fared much better than the men who held most of the farming lands.

There are three major ways by which women can gain land: inheritance, government, and market. In India, 86% of the arable land is privately held, thus making having a gender-equal inheritance law extremely crucial (Agarwal,2002). However, in practice, women hardly get the land in inheritance, and the proportion of the land inherited in the name of women is abysmally low. In the case of government transfers, resettlement land and reform programs are invariably made in the name of the men in the household, thus depriving women of a fair share of their land rights and creating a system that generates discrimination. Markets, too, occupy a very small place that can enable the generation of equitable land transferse.

The implementation of inheritance laws has been poor, and the social bias toward having a patrilineal society also influences administrative functioning. When women seek land rights or a claim in inheritance, she is often demonized and chastised by society, and at times, even by their own family. The hegemony established by creating customs, traditions, social conventions, and rituals that limit the places women can occupy in society robs them of their power of independence. By contrasting and comparing the social realities in matrilineal societies, it can be examined how and why such a social bias can lead to such inequalities. As matrilineal societies reflect alternative realities, it can help us identify the faultlines in highly patriarchal systems.

To have an effective land rights mechanism, changes are required at different places to enable a result reflecting enhanced gender equality. To have effective policies, it is imperative to have changes in the foundations of rules and documentation. The documented information should also be gender-disaggregated at the intra-household level (Agarwal,2002). This can inform better legal reforms that can enhance the goal of equal land rights. Laws should not only be made on paper but a serious effort ought to be made to educate the population about these laws and expand their accessibility to claim rights and seek justice. The hegemony that shapes the structure also influences the agency of stakeholders. This hegemony has to be constantly challenged to understand the visible and invisible power structures that are so socially embedded. Active interventions that are creative, inclusive, and flexible should be made to enable capacities among women to challenge the hegemony and bring the empowerment they need to claim land rights, among other things. Several institutional formal and informal reforms and interventions are required to lead the rebuilding of social and economic support structures to strengthen women’s bargaining positions. Most importantly, there’s a need for  strong cooperation among women and people that are sensitive to class, caste, and status differences. This should help create a counter-hegemonic discourse that can challenge the existing norms around property rights.

This article is published under Blog4Land series by PRRC and the views expressed are of the author and PRRC does not endorse it.

About the Author: Dhruvika is a social science student with a strong interdisciplinary background. She holds a BA in political science and history. Her passion for seeking constructive and critical thinking enabled her to pursue a post-graduation in Environment and Development studies. She intends to further pursue her research in Land Rights and Gender.