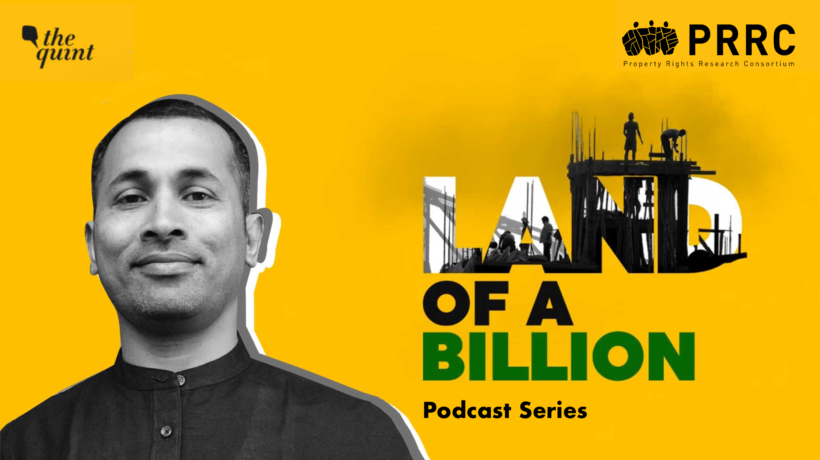 Forests, regarded both as safeguards of biodiversity as well as rich reserves of valuable resources, are often subject to unique laws and policies, especially when it comes to forest land. Since the colonial period, India has witnessed a continued conflict between indigenous forest-dwelling populations and large resource extraction drives.

In this episode of the ‘Land of a Billion’ podcast, host Abhishek Shah speaks to Dr. Geetanjoy Sahu, associate professor at the Centre for Science, Technology and Society at the Tata Institute of Social Sciences, Mumbai, on the various aspects of a landmark legislation: The Scheduled Tribes and Other Traditional Forest Dwellers (Recognition of Forest Rights) Act, 2006, and the role it has played in ensuring inclusive land rights for all Indians.

For the forest-dwelling tribal communities, the forests and their land, beyond being their sources of livelihood are also at the heart of their cultural practices, beliefs and identities. On the other hand, the resource extraction drives from these forests are seen to be critical for the country’s economic development. In this context, with complex power dynamics at play, how do forest-dwelling populations defend their rights over their land and resources?

Tune in to find out!

Dr. Geetanjoy Sahu is associate professor at the Centre for Science, Technology and Society at the Tata Institute of Social Sciences (TISS), Mumbai.

Land of a Billion is the exclusive podcast for conversations about land and property rights in India, produced by PRRC in association with The Quint. New episodes out every alternate Monday. Available on all major streaming platforms, do subscribe!

Don’t forget to catch the next episode, where we’ll be in conversation with Dr T Haque, one of the leading agricultural economists in our country, who was most recently head of the land policy cell in the NITI Aayog. With Dr Haque, we’ll explore the conversation around agricultural land tenancy and try to understand how far we have come five years since the drafting of the Model Land Leasing Act by NITI Aayog.