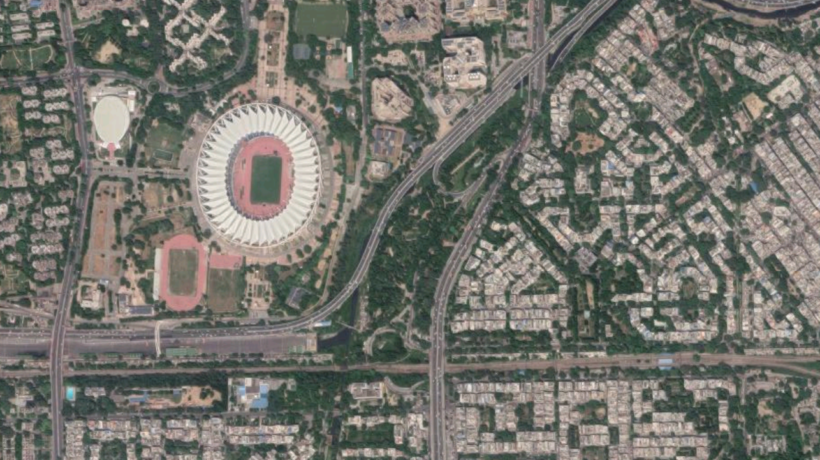 On 11th October the Ministry of Housing and Urban Affairs notified a land pooling policy under the 2021 Master Plan for Delhi, to address the large scale housing gaps in Delhi. Through this policy, Delhi is set to get 17 lakh new affordable housing units, with a capacity to accommodate 76 lakh people.

This policy signals a change in the Delhi Development Authority’s (DDA) model of land acquisition and development to a ‘land pooling model’, where the private sector and land owners are both partners in the development. However, while the policy is a first step, the release of land (whether through land pooling or other means) cannot alone ensure adequate and timely delivery of affordable housing. Unless followed by proper implementation and associated safeguards, Delhi could meet the same fate as Gurgaon and Faridabad, which have a fair supply of housing, but are still severely lacking in public goods such as water supply, sanitation and road infrastructure, in the absence of which the very purpose is defeated.

The revised policy, which transfers many of DDA’s responsibilities to the private sector, thus brings up two major areas of concern: first, is the DDA ready for the implementation stage of the policy in terms of its resources and institutional capacity?

Second, will the DDA be successful in satisfying the private sector by ensuring secure returns on their investment, while simultaneously implementing a stable regulatory frame that enforces creation of public goods?

In 2013, a new Land Acquisition Act was passed, laying down procedures for granting compensation, rehabilitation and resettlement of people affected by land acquisition. This act has generally been perceived by officials as too onerous, with increased costs and delays due to litigation impacting the financial viability of urban development projects.

Land pooling, on the other hand, offers a mechanism where land-owners directly pool their land for a project, and get a share of developed land in return instead of monetary compensation. Lately, land pooling has became an acceptable mode among the landowners to aggregate land, and Amravati, the new capital of Andhra Pradesh is the most popular example of land-pooling being used for urban development.

Gujarat is one of the earliest states to use land pooling, starting with the Jamalpur scheme in Ahmedabad in 1925, and has evolved its land pooling process by continuously adapting to changed situations, achieving relative success. While several states have come up with land pooling policies, most have had weak institutional adaptations, thus affecting the implementation and return of benefits.

Punjab introduced land pooling in Greater Mohali area in 2012, but benefits to the landowners have been delayed. In Haryana, approvals required from multiple departments have stalled the final notification of the land pooling policy.

With its rising population, Delhi had begun acknowledging the need for a shift from the acquisition process to an alternative for land aggregation to meet its housing demands, and deliberations for public-private partnerships in the process of land development had begun in 2003. Since Delhi has a peculiar constitutional set up as the national capital with dual jurisdiction of Union and State governments, it took almost a decade for a formal policy to this effect to be approved in 2013. But this too was not followed up by regulations for implementation.

In 2017, the DDA came back with major amendments in the pooling policy, restricting its role to that of a facilitator and regulator, and transferring many of its responsibilities to the private sector, especially those related to development and redistribution of developed land parcels and housing units. These amendments have now been approved, replacing the 2013 policy and should be followed by implementation regulations.

Before any development can be initiated, there are certain aspects which the DDA needs to work on, one of them being the timely revision of the Zonal Development Plans (ZDPs). Delhi has 15 zones under the Master Plan, and each has its own ZDP. It is the ZDP that would denote exact areas which are open to land pooling.

If a consortium of developers has 70 per cent of contiguous area in any sector, it can apply for a development license for that area. However, these sector boundaries are yet to be defined in the ZDPs, and this becomes an urgent prerequisite to be met by DDA to initiate the implementation of the policy.

The policy has also introduced concepts such as ‘external development charges’ and ‘tradable Floor Area Ratio (FAR)’ to the Delhi real estate market. External development charge is the amount that the builders would pay to DDA, for providing public services and infrastructure; while tradable FAR would be floor space that can be used by developers for building additional floors on certain other locations, or for trading them to other developers. Awareness about these concepts and their acceptance among the public and the stakeholders is crucial, since this would play a key role when these documents are used for transactions.

To ensure public awareness, transparency of information and confidence building among investors, DDA will need to strengthen its communication strategy significantly.

Ever since the first draft of the policy was introduced in 2009, many potential buyers have ended up putting token amounts in proposed projects, even when the area under the land pooling scheme had not yet been declared. In the absence of any real estate regulator and redressal mechanism then, the situation was not handled strategically by the DDA; the latter merely circulated a notice to not buy flats which claim to be on land developed through pooling, but could not take legal action in such cases.

Presently, the Real Estate Regulatory Authority (RERA) Act, 2016 has been enacted and would function parallelly to regulate real estate development and strengthen the buyer’s rights, but the integration of this law into the land pooling model remains to be seen.

Coordination of DDA with private sector

The private sector, understandably, has been keen to get the policy implemented and it is reported that in the ninety-five villages declared as part of the development area, land has already been aggregated by private entities. Under the new policy, there may be a sudden boost in the land development process, putting pressures on DDA and other service providers to keep pace with private development for integrated infrastructure provision.

However, with DDA’s limited capacity and lack of sufficient experience with private sector partnerships, it will have to scale up institutional capacity and resources.  The land pooling policy itself will need more elaboration on aspects such as the phasing and prioritisation of the projects.

Although Delhi has seen development through private entities and through co-operative housing societies, land pooling as a policy brings in new concepts such as providing a licence to prospective developers based on the applications made and other obligations such as checking the compliance of the submitted plans to building byelaws, implementing a proposed ‘single window system, and keeping a check on the final implementation.

The city will also need to have a mechanism to address any disputes between developers, landowners, buyers, and other stakeholders. All this will put immense strain on the limited capacity of the recently formed land pooling cell in DDA.

Ruby Moun is an Associate at Indian Institute for Human Settlements. She is trained as an architect-urban planner, and has worked on land administration, particularly related to land assembly and land records management in various states. Views expressed are personal.