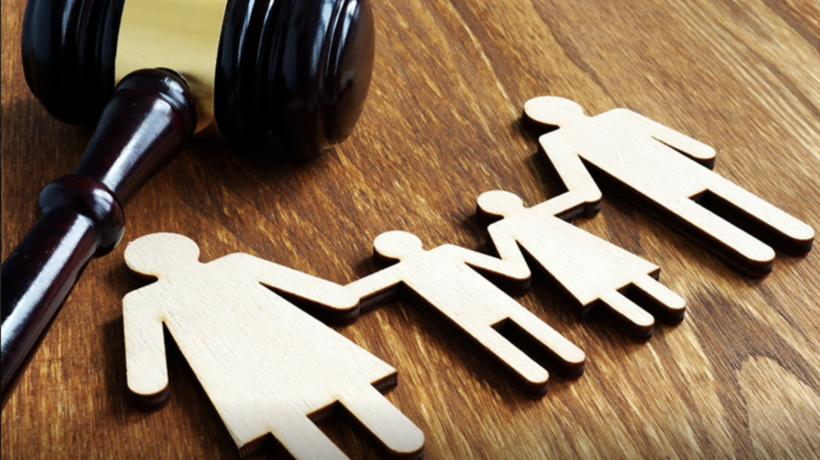 This article was originally published in The Leap Journal on Tuesday, December 14, 2021

by Devendra Damle and Ajay Shah.

One element of the gender problem in India is the Hindu Succession Act, 1956 (HSA). This law governs intestate succession for Hindus, Buddhists, Jains and Sikhs (i.e. 80% of Indian citizens), and discriminates against women. Under the rules governing the devolution of property, the relatives of a woman’s husband have a stronger claim to her property than her parents and siblings. This is not true of the property belonging to a man. This unequal treatment is inconsistent with equal treatment by the state as envisioned in Articles 14 and 15(1) of the Constitution of India.

This question has just come back into prominence.In an ongoing case — Kamal Anant Khopkar vs Union of India [WP(C) 1517/2018] — the Supreme Court of India issued an order on 7th December 2021 directing the Solicitor General to provide the Union Government’s view on these discriminatory provisions (See: here).

A brief by the Amicus Curiae — Meenakshi Arora — highlighting the discriminatory provisions prompted the Supreme Court to take this action. The bench noted that this discrimination has remained in the statute books for a long time. The Court also noted that a judicial and/or legislative intervention is necessary to remedy it.The discriminatory provisions in the HSA have profoundly impacted many Hindu women. Some examples help us understand the unfairness in play:

In an NIPFP working paper, we describe how devolution schemes under the HSA differ for men and women. We describe how courts have interpreted these provisions, and their validity under Articles 14 and 15(1) of the Constitution of India. We describe the previous attempts at reform and where they have fallen short. We propose an amendment to the HSA to make it more gender-equitable. Several other authors have pointed out the disparity between how a man’s and woman’s property is treated under the HSA, and the consequences of this discrimination (See: here and here).

Devolution of property under HSA

The HSA prescribes different rules of devolution for property belonging to men and women. The devolution scheme for a man is governed by Section 8 of the HSA. It states that Class-I heirs — his mother, wife, and lineal descendants — have the first claim to his property. Class-II heirs — his father, siblings, lineal descendants of his siblings, and the siblings of his parents — have a claim if there are no surviving Class-I heirs. The Schedule to the Act contains a detailed list of heirs in each class and sub-class. All property belonging to the man devolves as per this scheme, and it largely keeps all the man’s property within his natal family. The devolution scheme for a woman’s property is different. Section 15(2) applies to any property the woman inherited from her husband, her husband’s family and her parents. Under Section 15(2)(a), if a widow dies childless, any property she inherited from her husband or his family returns to the heirs of the husband. ‘Heirs of the husband’ refers to the list of heirs given in Section 8. Section 15(1) gives a general devolution scheme, which applies to all other properties. Under Section 15(1), a woman’s husband and children have the first claim to her property. The heirs of her husband are next in line, followed by her parents, followed by other heirs of her parents.

Under Section 15(1), if a widow dies childless, the heirs of the husband have a stronger claim than her parents and siblings over all her property that she did not inherit from her parents. This includes all self-acquired property, gifts, bequests through wills, and property inherited from siblings and other relatives. There are no reciprocal provisions in the devolution scheme for a male deceased’s property. There is no scenario where a woman’s family has a claim over the husband’s property.

Constitutional challenge to Section 15 of the HSA

Article 14 of the Constitution of India guarantees all persons equal treatment under the law and Article 15(1) explicitly prohibits the state from discriminating between citizens solely based on religion, race, caste, sex, or place of birth. This means the state cannot make laws that treat citizens differently solely based on the aforementioned distinctions, except in specific circumstances. It appears clear that the provisions of the HSA — which are part of Hindu personal law — discriminate between men and women, but does this violate Article 14 and 15(1)?In Mamta Dinesh Vakil v. Bansi S. Wadhwa [LNIND 2012 BOM 748] the Bombay High Court termed this unequal treatment unconstitutional. It concluded that the discrimination in HSA is solely based on sex and cannot plausibly be said to serve any other rational purpose. The Court, however, referred the question of constitutionality to a larger bench, which has yet to be constituted. While the question of constitutionality may not be settled, judgments such as Om Prakash v. Radhacharan highlight the fact that discrimination under HSA is, in the least, extremely unfair to women. Specifically, Hindu widows with no surviving children.

The discrimination under HSA falls afoul of India’s commitments under the United Nations Convention on the Elimination of All Forms of Discrimination Against Women (CEDAW). India became a signatory to the CEDAW in 1980, and the Parliament ratified it in 1993. Removing gender-based discrimination in property-related legislation is one of the core requirements of the CEDAW.

The Supreme Court has, in multiple cases, ruled that the legislature, administration and judiciary must give due regard to India’s international commitments under treaties such as the CEDAW. In C Masilamani Mudaliar & Ors v Idol of Sri Swaminathaswami Thirukoil & Ors [(1996) 8 SCC 525], the Supreme Court ruled that the obligations under CEDAW to eliminate gender-based discrimination in legislation are binding on the government. The Supreme Court has made similar rulings in several other cases, such as Madhu Kishwar & Ors. v State of Bihar & Ors. [(1996) 5 SCC 125], and Githa Hariharan and Ors. v Reserve Bank of India and Ors. (MANU/SC/0117/1999).

Past attempts at reform

There have been some attempts at reform in the past, but so far, they have been piecemeal, limited in their scope, and unsuccessful. The Law Commission of India, in their 207th Report (2008) and their Consultation Paper on Family Law (2018), recognised the issue of disparity in the treatment of men’s and women’s self-acquired property and proposed amendments. However, instead of instituting a common devolution scheme, they proposed adding another subsection to Section 15 to govern the devolution of a woman’s self-acquired property.

The Law Commission’s proposal has three issues. First, it does not define self-acquired property. Second, it retains Section 15(2)(b), which requires the property that a woman has inherited from her husband to be passed to the husband’s heirs if she dies childless. Third, it ignores the fact that the heirs of the husband will be preferred over the woman’s natal family if she has inherited the property in question from relatives other than her parents, such as her siblings or grand-parents, since it will continue to be governed by Section 15(1).Two private member’s bills — the first introduced by Anurag Singh Thakur in 2013 and the second introduced by Dushyant Chautala in 2015 — also sought to resolve this issue. However, both these proposed amendments suffered from the same problems as the proposal of the Law Commission. What is necessary is a comprehensive reform of the devolution scheme in the HSA.

Better examples before us

There are two existing Indian succession laws that do far better than the HSA in terms of gender-equality. Devolution schemes in the Indian Succession Act, 1925 (ISA) and the Goa Succession, Special Notaries and Inventory Proceeding Act, 2012 (GSSNIP) are gender-neutral. ISA applies to Christians and Parsis, and GSSNIP applies to all persons domiciled in Goa. The British Colonial Government enacted the ISA in 1925. The progenitor of the GSSNIP — the Portuguese Civil Code — was enacted in Goa in 1870. The ISA is still on the statute books, and the GSSNIP replaced the Portuguese Civil Code in Goa in 2018.

The provisions of the HSA discriminate against Hindu women by prescribing different rules for the devolution of property held by men and women. These provisions unfairly prioritise the husband’s family over the woman’s own family, even when the woman has acquired the property in question through her skill or effort. The legislation is a product of an era when it was inconceivable for Indian women to own and acquire property. However, these biases continue to be perpetrated upon Hindu women in India today. This discrimination is probably ultra vires of Articles 14 and 15 of the Constitution of India. It violates India’s commitments under the CEDAW. It is unfortunate that the Parliament has allowed this discrimination to persist despite knowing of the existence of more equitable laws such as the GSSNIP and ISA in our own country.The Supreme Court’s notice to the Union Government is an indication of India’s evolving jurisprudence on questions of gender-equity. This is an opportunity for the Court and the Parliament to, once and for all, eliminate discrimination in a law that affects a majority of Indian women.