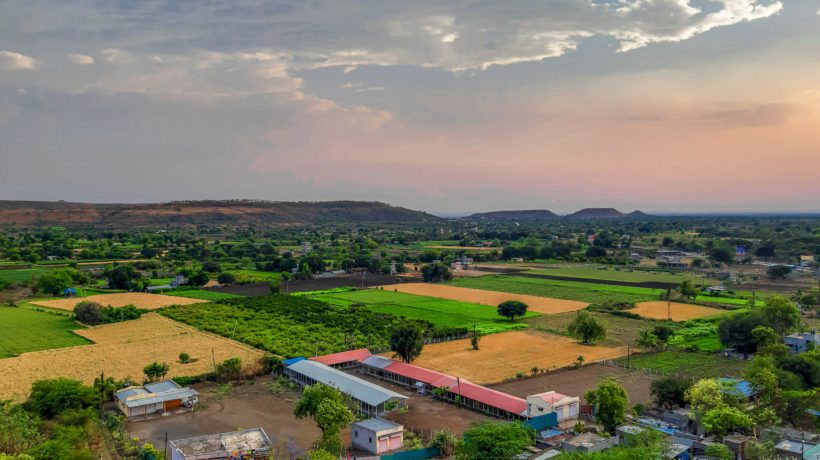 This piece was originally published in the The Print, on 16th April, 2021.

The NCAER’s second Land Records and Services Index 2021 has found that states and Union territories have made considerable progress in digitising their land records and services over the course of one year despite the Covid-19 pandemic.

Bihar and Odisha now offer the facility of a web portal to register a transaction, the N-LRSI 2021 found. Three UTs have made their circle rates available on their websites for the first time (Chandigarh, Andaman and Nicobar Islands, and Dadra & Nagar Haveli and Daman & Diu) while four other states have enabled online payment of registration fees and duties (Bihar, Himachal Pradesh, Delhi, and Punjab). These are important steps in facilitating citizens and easing the process of transaction in land. States are also taking more interest in upgrading the integration between their textual records and the registration process. Three more states — Sikkim, Odisha and Bihar (in addition to the seven as mentioned in the N-LRSI 2020 report) — now ensure automatic generation of a note in the Record of Right (RoR) when a transaction is registered.

The N-LRSI, first unveiled in 2020, is an attempt to measure the performance of all states/UTs in digitising their land records. The index looks at two aspects of the supply of digitised records — first, the extent of digitisation of land records, comprising the textual and spatial land record, and the various stages of the registration process; and second, the quality of the land record evaluated on the basis of five proxy indicators for accuracy of reflection of ownership, possession, use, extent and encumbrances.

The N-LRSI not only helps each state know where it stands in terms of providing digitised land records and associated services but also suggests the specific steps that can help the state improve its performance.

The government of India can profitably look at the N-LRSI experience as an instrument to secure improvement in the domain of land records and services.

Land market imperfections have often been highlighted as one of the foremost constraints affecting investment and growth in India. Since the McKinsey report of 2001 to the recent World Bank Ease of Doing Business reports, the difficulty of transacting in land and property in India continues to be pointed out as a major area of concern.

The digitisation of land records is a critical first step in addressing this issue because it lays the foundation for the creation of a more accurate and comprehensive property record that can, with appropriate database linkages, be updated in real time. This will reduce the possibility of disputes leading to litigation and the delay inherent in attempting a proper title search. At the same time, using property as collateral becomes easier. Not only does this facilitate starting new business, digitised records offer the prospects of long-term spin-offs in lowering transaction and litigation costs for individuals and the economy as a whole. Moreover, accurate records that reflect the on-ground situation can speed up infrastructure creation under various government programmes facilitating both planned urban growth and industrialisation.

Computerisation and modernisation of land records have been targeted through central programmes for over three decades now. The latest incarnation is the Digital India Land Records Modernization Programme (launched in April 2016 to replace the National Land Records Modernisation Programme). The progress made by states under these programmes has, for many years, been reported on the website of the Department of Land Resources (DoLR) but obviously this has not been considered sufficient to address the issues that bedevil land markets.

Is there another way to secure better results? An experiment in this direction is the idea of subjecting the progress reported by states to a credible verification, and using it to rank the relative performance of states. Presenting a credible ranking of performance can be a useful instrument to create a spirit of competition among states and even become a means to offer rewards as an incentive for better performance. And the success of the N-LRSI experiment proves it.

The N-LRSI not only helps each state know where it stands in terms of providing digitised land records and associated services but also suggests the specific steps that can help the state improve its performance.

The N-LRSI 2021 enabled both measurement of states/UTs’ progress on the parameters that formed the basis of N-LRSI 2020 and an assessment of the extent to which the recommendations for further improvement received attention. The exercise brings out that on the 100 point N-LRSI, the average score has improved by more than 16 per cent in one year — from 38.7 in 2019-20 to 45.1 in 2020-21. Twenty-eight states/UTs (out of 32) have shown at least some improvement in N-LRSI scores. Madhya Pradesh once again emerged as the top performer, scoring over 80 points, while the number of states scoring over 70 points increased from one to five.

The considerable countrywide progress in making available digitised RoRs to the public was evident even last year. Since then, states have shown considerable improvement in making available digitised cadastral maps to the public and in offering online facilities for the various stages of the registration process. Karnataka, Tripura, and Bihar are new additions to the list of states that have uploaded the digitised copies of their cadastral maps on their websites. Test checks verify the achievement reported by states/UTs to the extent of 87.8 per cent in 2020-21 as compared to 63.9 per cent in 2019-20. In other words, reporting progress on the DoLR website is now taken more seriously. More states are now making the cadastral maps available in mosaic format with the actual measurement of plot boundaries than was the case last year. In improving the services offered, West Bengal has upgraded the value of its digitised records by making digitally signed copies of both RoRs and cadastral maps available on its website, and Himachal Pradesh has started providing legally signed copies of the maps from its Citizen Services Centres as well instead of only from the departmental offices.

A roadmap for govt

The N-LRSI has shown that credible efforts at measuring performance can become a means to secure better performance by states. It has demonstrated receptivity to the areas that it has highlighted as deserving attention. States have taken ownership of the process to the extent that the progress reported in the last one year is not based on even a single rupee being claimed under the central Digital India Land Records Modernization Programme. Going forward, it is evident that there is reason to continue bringing out the N-LRSI. Adding a survey of users of land records and related services can show the value to the public of the ongoing digitisation efforts and further highlight matters that require greater attention.

The government of India can profitably look at the N-LRSI experience as an instrument to secure improvement in the domain of land records and services. It can be a useful adjunct to a central programme like the Digital India Land Records Modernization Programme to reward better performing states. At another level, it is a principle that can be extended to other sectors to motivate improved performance by states.

Charu Jain is an Associate Fellow  and Deepak Sanan is Senior Advisor at National Council of Applied Economic Research.