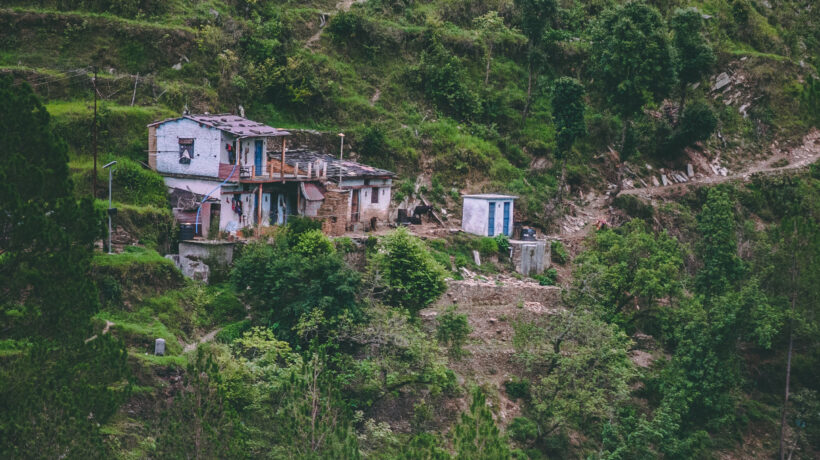 As part of the Charcha 2020 dialogues held in May, Omidyar Network India hosted a track on Land and Property Inclusivity, where the #LandPower session looked at how geospatial tools can accelerate people’s ability to secure their property rights.

The speaker outlined the linkages between land ownership and rural-to-urban migration in this session and proposed suggestions to address the problem.

Acknowledging the scale of the vulnerabilities faced by migrant workers in the wake of the COVID-19 pandemic, Ashif Shaikh, the Founder Director of Jan Sahas, an NGO that has been working to protect the rights of socially excluded groups since the last two decades, noted that land and property right issues are deeply linked to the poor situation of migrant workers. To convey the severity, he outlined how 70% of India’s population lives in rural areas (Census, 2011), of which 10 crore households (49 crore individuals) do not own any kind of land or property making it difficult to earn a decent livelihood. He explained that this unequal distribution of land has been the key contributor to the phenomenon of rural to urban migration for the past two decades. The land is not only a means of survival but also of dignity and social recognition for rural families. If land and property rights in rural areas can be secured, forceful migration can be thwarted, he added.

The reverse migration caused by the pandemic-induced lockdown had raised a major challenge by creating an imbalance between demand and supply of workers for both villages and cities. He noted how this disturbance is likely to have had the greatest impact on distressed workers, due to low-wage forced labor in rural areas and increased hours of work in urban areas.

“There is a need for collective efforts from the government, rural communities and civil society organizations to work on this interconnected issue of land distribution and migrant workers.”
– Ashif Shaikh, Jan Sahas

Ashif further acknowledged various state government initiatives in which land was distributed among marginalized social groups such as Dalit and Adivasis families, released bonded labourers, human trafficking survivors, which not only ensured them dignity but also helped contribute to their welfare. He pointed out however, that there are no effective mechanisms on the ground to enforce and monitor the process of distribution. He attributes this failure not just to the government, but also to the society that does not recognize the contribution of migrant workers in nation-building. The recent migration crisis was more about workers’ integrity than about food security or transport, he said, emphasizing on the need for government, rural communities and civil society organizations to work together on this interconnected issue of land distribution and migrant workers.

He stressed that since industries are heavily reliant on migrant workers, they can play a vital role in connecting its need for workers with rural land issues. The form of land typically distributed, such as pastoral and infertile land, is unusable for cultivation. It is possible to leverage government flagship programs such as NREGA to include industries and workers in rural land development activities such as soil improvements, alternative systems of land use, etc. This would not only provide for the livelihood of social groups but also contribute to the rural economy, he reiterated. He also expressed the need to leverage technology in land data collection, track real-time migration, monitor land ownership and facilitate land entitlement to reduce the vulnerabilities of the excluded communities such as single women, women-headed households etc.