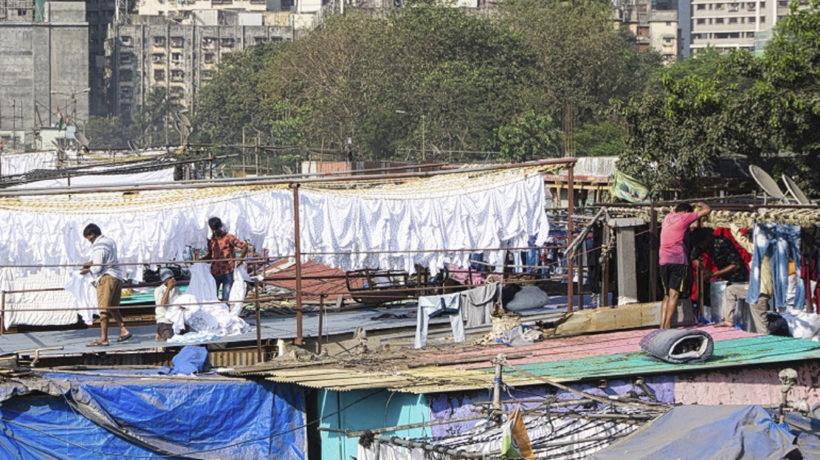 India has been highly susceptible to the spread of pandemics. The 1918 pandemic caused devastation across the country, with an excess mortality of 4.5%. While a century has passed since then, the present conditions of dense living and a weak public healthcare system makes the possibility of the rapid spread of the current COVID-19 pandemic and heavy loss of life very real. Crowded and poorer areas, where it is difficult for people to safeguard themselves against getting infected, are likely to see worse outcomes. The case of New York City, where poorer neighbourhoods saw disproportionately more deaths and cases, attests to this. The situation is going to be similar, if not worse, for cities in developing countries like India.

Slums constitute 17% of urban households in India; in Mumbai itself, they make up 42% of the households. Slums in Mumbai are extremely crowded — often with many people staying in a single room. These areas also lack necessary amenities like private toilets and availability of clean water, making it easy for outbreaks to spread. Ideally, examining the relationship between slums and COVID-19 outbreaks would involve looking at the number of infected cases within and around slums. However, this data has not been made available. Therefore, we undertake a spatial analysis based on the location of Containment Zones within the city.

The Ministry of Health, Government of India has described a ‘Containment Zone’ as a “defined geographic area” where a “large outbreak” of positive COVID-19 cases are found and which is, therefore, sealed by the government. While there is no specification about the threshold number of cases in an area to declare it a Containment Zone, a “large outbreak” indicates that the number of cases in the containment zones must be high.

This concept forms the backbone of the ‘Containment Plan for Large Outbreaks’ of the Ministry of Health, which aims to geographically confine the disease by enforcing strict physical distancing norms, geographic quarantine, active surveillance, increased testing, isolation of positive cases and contact tracing. In a Containment Zone, no outdoor activities are allowed by the authorities.[1]

Figure 1 shows the locations designated as epicenters of Containment Zones. Each Containment Zone — designated as an orange or red zone — covers a radius of a certain distance around the containment epicenter.[2] The blue markers indicate that the containment areas are individual structures that have COVID-19 cases. We do not have the precise classification for demarcating a zone as red or orange. MCGM has stated that red zones are “severe” and orange zones are “less severe”.

To see whether Containment Zone epicenters are within or around slums, we overlay these on a layer of slum areas, as demarcated by various government authorities in Mumbai. One of the first cases of COVID-19 in a slum in Mumbai was identified on March 23 in Bainganwadi in the M-East Ward. Since then, many Containment Zones have been created in the slums of Mumbai.

Figures 2 and 3 show specific cases where the epicenter of a containment zone is close to or inside a slum area. Figure 2 depicts the case of Dharavi, where 47 cases were found (as of April 13, 2020[3], of which five have since died. Dharavi has four epicenters of red Containment Zones, one individual structure within the slum, and one in close proximity.

Figure 2. Epicentres of COVID-19 Containment Zones in and around Dharavi

Figure 3. Epicentre of COVID-19 Containment Zones in and around Jogeshwari

Table 1. Distance between Epicentres of Containment Zones and Nearest Slum

Figure 4 shows the frequency distribution of the number of Containment Zones (whose epicenters lie outside of slums) and distance to nearest slums.

Figure 4. Distribution of Distance from Epicentres of Containment Zones to the Nearest Slum

The maximum distance between the epicenter of a Containment Zone and the nearest slum is 800 meters.

These findings must be read with a few caveats. First, the population density in Mumbai — which is upwards of 26,000 persons per square kilometer — is generally high. We do not have the exact figures on densities within slums, and the maps do not convey how overcrowded the slums are. Mumbai also has the highest number of cases in the state of Maharashtra, and hence, a larger number of Containment Zones. Secondly, the data we have used is till April 14. The spread of the disease is rapid and the situation may change considerably between then and the time that this analysis is published. The Indian Council of Medical Research has been conservative about its testing strategy and number of tests. This means that we do not have an accurate idea of the actual spread of the disease; the number of infected cases and Containment Zones must be considered to be a lower bound of the number and spread of COVID-19. Finally, as mentioned above, we do not have a continuous measure of the number of cases within the Containment Zones, only a graded classification.

Our analysis reveals that several of the existing Containment Zones in Mumbai are within or very close to slums. The reason for this phenomenon is likely to be difficulties in maintaining social distancing or hygiene standards and shared communal facilities including toilets. There are clear policy implications for this. One hypothesis is that the lack of secure property rights given to slum dwellers holds them back from getting better access to amenities and housing, which reduces their ability to safeguard themselves against rapidly spreading infections. We would like to derive lessons for policy by studying whether the slums that are regularised have fewer outbreaks of COVID-19 infections.

Slums in Mumbai have a number of disadvantages built into their fabric, and are witnessing a high number of COVID-19 cases, which makes these areas and their residents far more vulnerable than other urban clusters. It also points to the obvious limitations of the strategies that have widely and successfully been used elsewhere to combat the pandemic. Anecdotal evidence suggests that there is a lack of adherence to social distancing since people live in crowded quarters, lack of provision of clean water for hand washing, and a lack of availability of good quality masks – people resort to using just handkerchiefs to avoid pushback from the police. It is critical for policymakers to implement alternative and innovative measures to prevent further outbreaks in these areas which is home to millions of vulnerable and poor households.

[2] Earlier reports stated that Containment Zones were 3 kilometers in radius. However, this is likely to have changed since then.

The authors would like to thank Shreya Deb and Kadambari Shah for their comments.